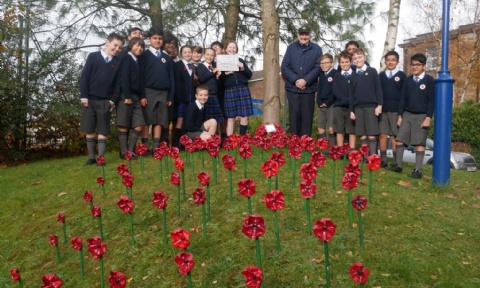 We  have marked the centenary of the end of the First World War in a very special way.

The Year 6 pupils made 100 poppies from re-cycled plastic bottles.  Each pupil in school was given a poppy to “plant” in a designated area of the school grounds, Mr Ted Davidson from the Royal British Legion joined in with the planting.

The resulting display is a moving reminder of those who have given their lives in wars and conflicts.

We are holding a Remembrance Assembly today at 2.30pm